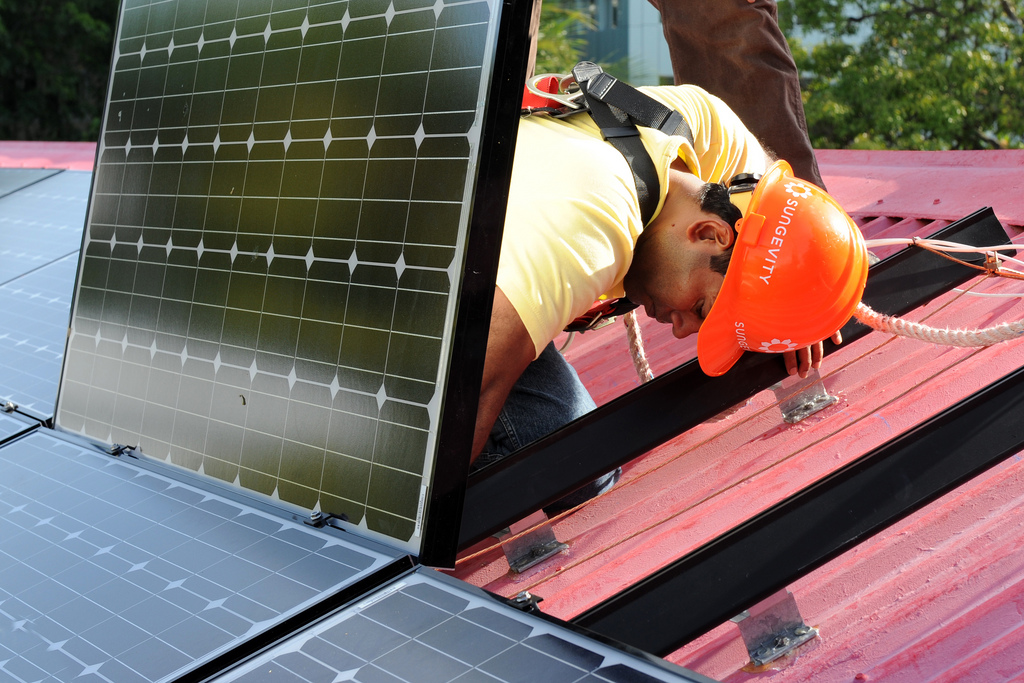 Recently, people have been telling me that capitalists are investing lots of money in renewable energy, or that some companies have decided to reduce their environmental impact out of self-interest.

Thanks for the info, guys.

But again, I thought it might be useful to point these people to my book — y’know, since they clearly haven’t read it yet.

For example, this part beginning on page 100:

Solar and wind companies are already bringing clean energy to many millions of consumers around the world, including through innovative leasing models that allow customers to avoid the upfront costs of purchasing their own rooftop solar panels. But despite these recent successes, the market has proved extremely volatile and according to projections from the International Energy Agency, investment levels in clean energy need to quadruple by 2030 if we are to meet emission targets aimed at staying below 2 degrees Celsius of warming.

It’s easy to mistake a thriving private market in green energy for a credible climate action plan, but, though related, they are not the same thing. It’s entirely possible to have a booming market in renewables, with a whole new generation of solar and wind entrepreneurs growing very wealthy—and for our countries to still fall far short of lowering emissions in line with science in the brief time we have left. To be sure of hitting those tough targets, we need systems that are more reliable than boom-and-bust private markets.

It’s one thing to say that forward-thinking businesses can make a positive contribution to solving the climate crisis (surely they can). But it’s quite another thing to say that voluntary initiatives can get us to zero carbon in a couple decades.

As I’m the first to admit, one of the most promising approaches to climate action has even been championed by a corporate titan: Virgin founder Richard Branson, who says we have a moral responsibility to take the profits from burning fossil fuels and channel them into the green transition. It’s just that as the Branson example shows (and as I discuss at length in my book), sometimes the capitalist drive for ever more short-term profit and growth gets in the way, and the green dreams end up on the back burner.

Really, that shouldn’t surprise anyone, and we should have never expected billionaires to police themselves: that’s what governments are for. So if they aren’t up to the job, let’s do something about it.