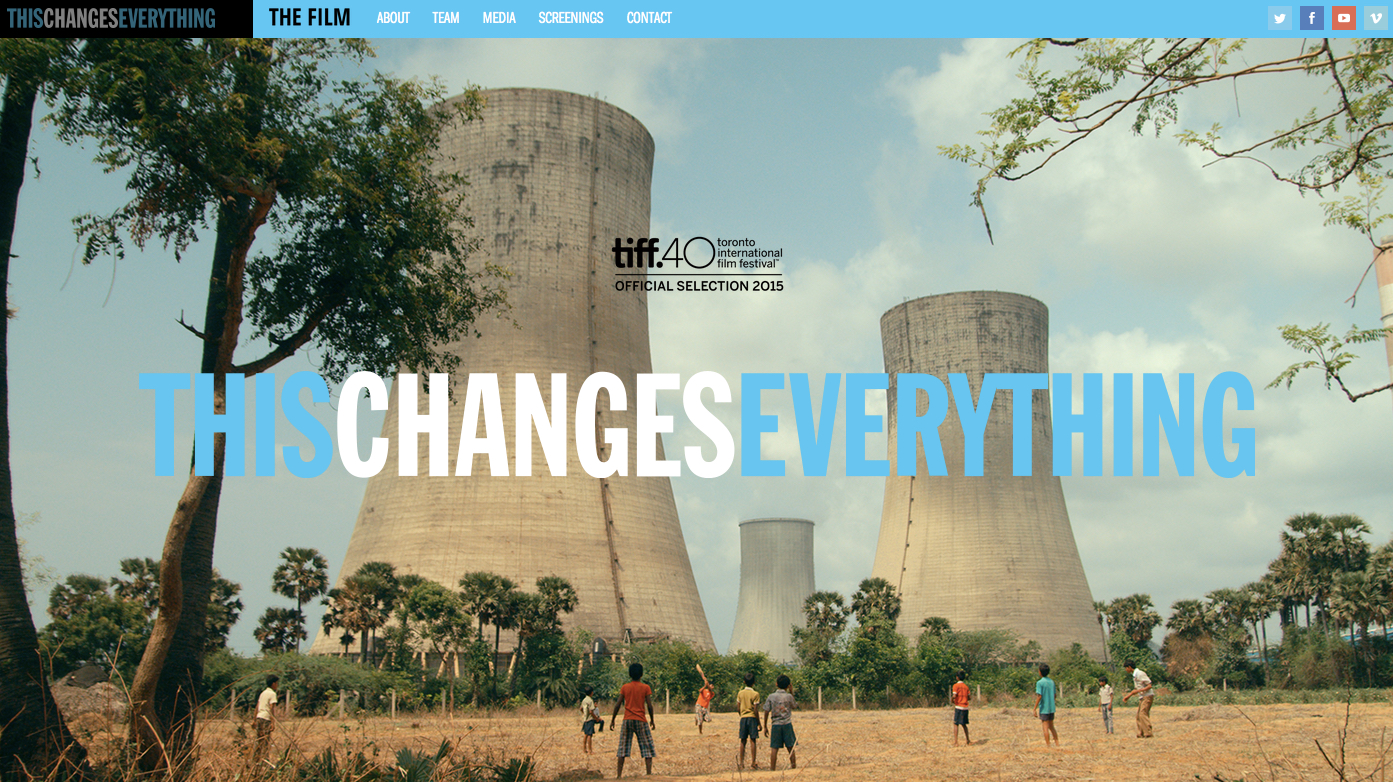 We are thrilled to announce that the This Changes Everything documentary film will premiere at the Toronto International Film Festival in Canada this September!

Avi Lewis’s film is inspired by the book by Naomi Klein, and makes the case that responding to the climate crisis may be the best chance we’ve ever had to build a better world.

Shot over four years in dozens of locations spanning nine countries and five continents, This Changes Everything is an epic attempt to re-imagine the vast challenge of climate change.

The documentary presents seven powerful portraits of communities on the front lines, from Montana’s Powder River Basin to the Alberta Tar Sands, from the coast of South India to Beijing and beyond.

Interwoven with these stories of struggle is Naomi’s narration – her take on the carbon in the air and the economic system that put it there. It builds to her most controversial and exciting idea: that we can seize the existential crisis of climate change to transform our failed economic system into something radically better.

Hot on the heels of TIFF we’ll be rolling out our unique global distribution plan, making the film accessible to movements around the world ahead of the Paris COP21 talks. If you’re interested in organizing a screening event in your community please get in touch with us.  Updates on our distribution plans will be announced through our newsletter (signup at right) and social media channels.