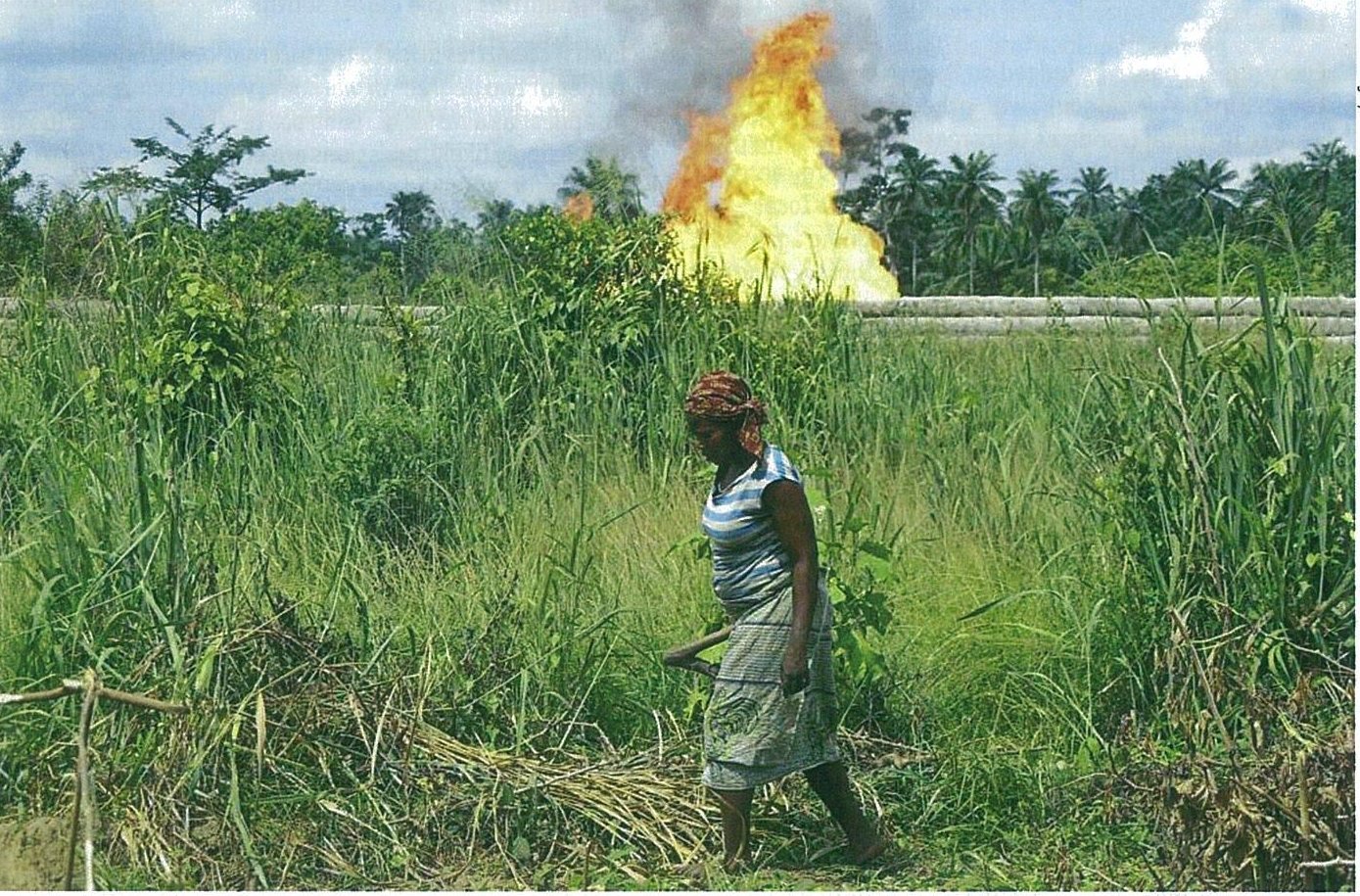 While many multinational corporations consume more energy than entire nations, one in five people globally live without electricity. Millions more go without, simply because they cannot afford to pay for it. This is particularly acute in regions like Africa, where only 10 per cent of those living in rural areas have access to electricity.

At the same time, using institutions like the World Bank, the state-corporate nexus continues to push a model of development that forces poor countries to hand control of their energy systems over to conglomerates that prioritize their profits over the needs of people. The result is not only a total a failure to improve energy access and the perpetuation of weak standards for workers, but also leads to a continued dependence on dirty fossil fuels that cause displacement and health problems, devastate local environments, and push us towards runaway climate change.

Nigeria provides a great illustration of so much that is wrong with the energy system as it currently stands, and how many of the supposed “solutions” that are put forward serve only to perpetuate and deepen existing inequalities. In the oil-rich country, over half the population (and up to 90 per cent of the rural population) lacks basic access to electricity. As with food, much of the mainstream discourse on energy starts from the assumption that there is “not enough” of it. This is a fallacy; energy access is political. While there are many causes of energy injustice, lack of energy resources is not one of them. Indeed, as the case of Nigeria shows, some of the countries with the lowest access rates also have the most abundant resources.

At the same time as millions of Nigerians live without access to electricity, fossil fuel giants like Shell and Exxon-Mobil pump out enough oil and gas to power the country many times over. A proposed Trans-Saharan Gas Pipeline to facilitate more energy exports would stretch 4,128-km through Nigeria, Niger, and Algeria, with Shell and Total vying for a slice of the profits they could make from supplying European markets through this project. It would be only the latest addition to the global network of huge ports, railways, and pipelines that keeps the dirty fuels flowing out of impoverished countries and bound for the global North.

All this has been facilitated by the many countries privatizing their energy sectors, partly a result of the agenda pursued by government aid agencies and “development” finance institutions. The UK’s Department for International Development (DfID) openly states that it seeks to “lobby partners on trade liberalisation [and] deregulation.” Sometimes this has extended to direct support for privatization programmes. For example, DfID has put £100 million into helping Nigeria sell its electricity system to the highest bidder with the support of the consultancy arm of the Adam Smith Institute, a free-market think tank.

Though they claim this is with the aim of helping to improve access, it goes in the face of years of experience of privatization failing to accomplish that goal or to lower the cost of basic services around the world. In fact, far from introducing greater efficiency, privatization efforts have almost everywhere seen energy prices soar to the detriment of the poor who struggle to afford the bills. Even the UK’s own experience with privatized energy shows this; over the past three years its electricity prices have risen eight times faster than earnings.

But of course, expensive bills are not the only reason that privatization is a threat. In countries with low connection rates, private energy companies are less likely to invest in the infrastructure necessary to bring energy to impoverished rural areas because they will always prioritize what is profitable at the expense of what is socially necessary. Instead of spending money on reaching rural communities that are unlikely to consume large quantities of energy, resources tend to be diverted to meet the needs of the greatest users: big business and heavy industry.

We need to build a strong movement to call for energy justice—for energy systems that distribute power fairly and that are democratically managed, recognizing ecological limits. Achieving this means navigating a complex pathway; there are no one size fits all solutions. However, what is indisputably clear is that we’re not going to enable people to meet their energy needs or tackle climate change if we carry on with business as usual. We need a sea change in our approach, and that means ensuring communities have control over the energy that is vital for their lives, wherever in the world that may be.