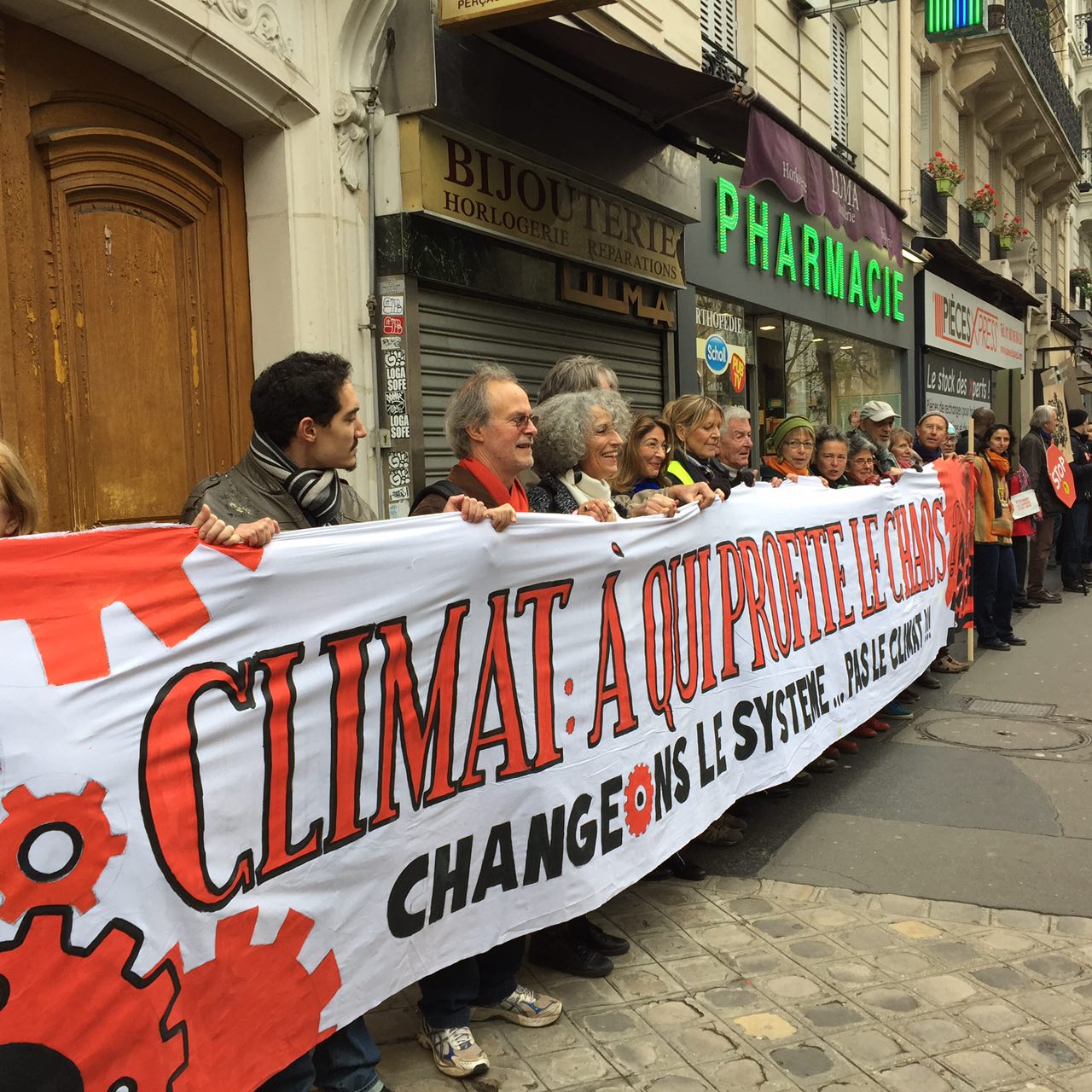 The TCE team is excited to be joining Naomi in Paris for COP21, and we thought it might be helpful to publish this list of where you’ll find us over the next two weeks. Naomi will speaking at some of these events, and she (or team members) will just be attending others.

The list is incomplete and subject to revision, so please check back!

—Briefing at Place to B, with Naomi Klein and other speakers including James Hansen, Nicolas Hulot, and Barbara Hendricks (6pm)

—The People vs. ExxonMobil: A Public Trial for the Greatest Climate Crime of the Century, with Naomi Klein and Bill McKibben (4pm)

—Water canoe action on the canals of Paris, held by Indigenous peoples of North and South America (2pm)

—Human Rights Day vigil at the US Embassy (11am)

—Capitalism vs. the Climate: How trade agreements are undermining climate action—and what you can do about it, with Naomi Klein and other speakers (7pm)

—D12 Mobilization to Draw Red Lines for Climate Justice (11:45am)

OTHER CALENDARS AND EVENTS

—Fossil of the Day