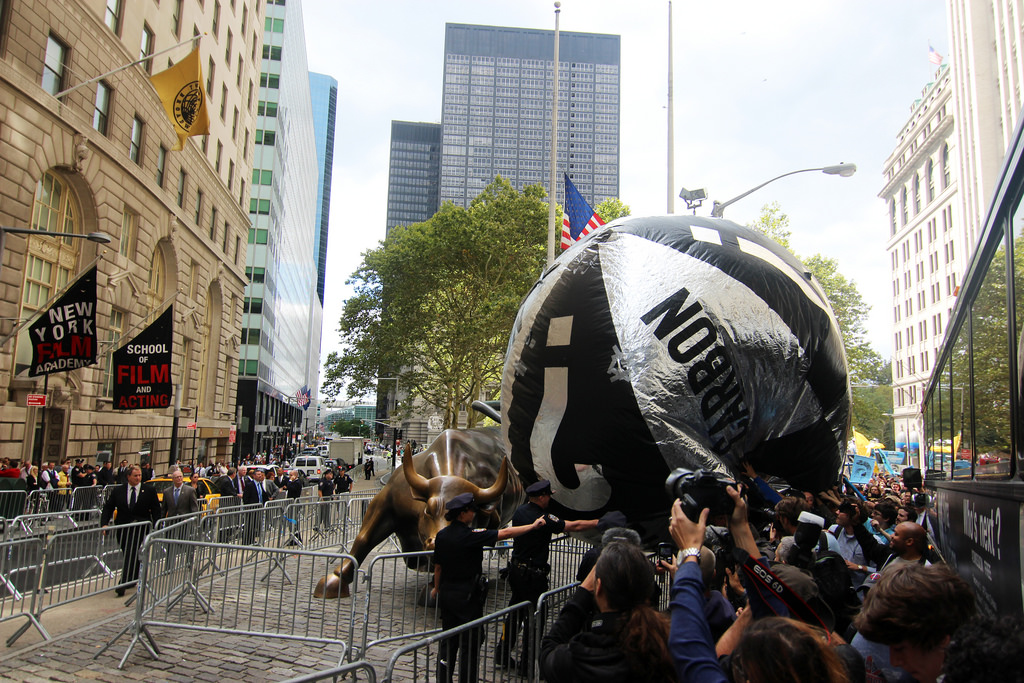 It’s par for the course, I guess: you write a 500 page book with 70 pages of endnotes and people end up arguing with you based on shoddy headlines. Take, instance, Slate’s doozy the other day: “Naomi Klein Says We Must Slay Capitalism to Fight Climate Change” — a tweet linking to an interview with me.

Or Rebeecca M Henderson’s more thoughtful response to the same idea in the Harvard Business Review, which nonetheless goes under the headline: “We Don’t Have to Ditch Capitalism to Fight Climate Change.”

It also includes these sentences:

“I’m in complete agreement with Ms. Klein that as a society we should be doing something about climate change, and doing it at scale. But the first step isn’t to dismantle capitalism.”

Here’s the thing. I argue forcefully that capitalist logic and neoliberal policies are sabotaging the actions required to avert catastrophe. But I have never said that we need to “slay,” “ditch” or “dismantle” capitalism in order to fight climate change. And I most certainly didn’t say we need to do so first. Indeed I say the opposite, very early on in the book (page 25), precisely because it would be so dangerous to make such a purist claim. Here’s the relevant passage.

Some say there is no time for this transformation; the crisis is too pressing and the clock is ticking. I agree that it would be reckless to claim that the only solution to this crisis is to revolutionize our economy and revamp our worldview from the bottom up—and anything short of that is not worth doing. There are all kinds of measures that would lower emissions substantively that could and should be done right now. But we aren’t taking those measures, are we? The reason is that by failing to fight these big battles that stand to shift our ideological direction and change the balance of who holds power in our societies, a context has been slowly created in which any muscular response to climate change seems politically impossible, especially during times of economic crisis (which lately seems to be all the time).

So this book proposes a different strategy: think big, go deep, and move the ideological pole far away from the stifling market fundamentalism that has become the greatest enemy to planetary health. If we can shift the cultural context even a little, then there will be some breathing room for those sensible reformist policies that will at least get the atmospheric carbon numbers moving in the right direction. And winning is contagious so, who knows? Maybe within a few years, some of the ideas highlighted in these pages that sound impossibly radical today—like a basic income for all, or a rewriting of trade law, or real recognition of the rights of Indigenous people to protect huge parts of the world from polluting extraction—will start to seem reasonable, even essential.

For a quarter of a century, we have tried the approach of polite incremental change, attempting to bend the physical needs of the planet to our economic model’s need for constant growth and new profit-making opportunities. The results have been disastrous, leaving us all in a great deal more danger than when the experiment began.

I’ll be writing at greater length about these themes soon.

In the meantime, keep the strawmen coming!