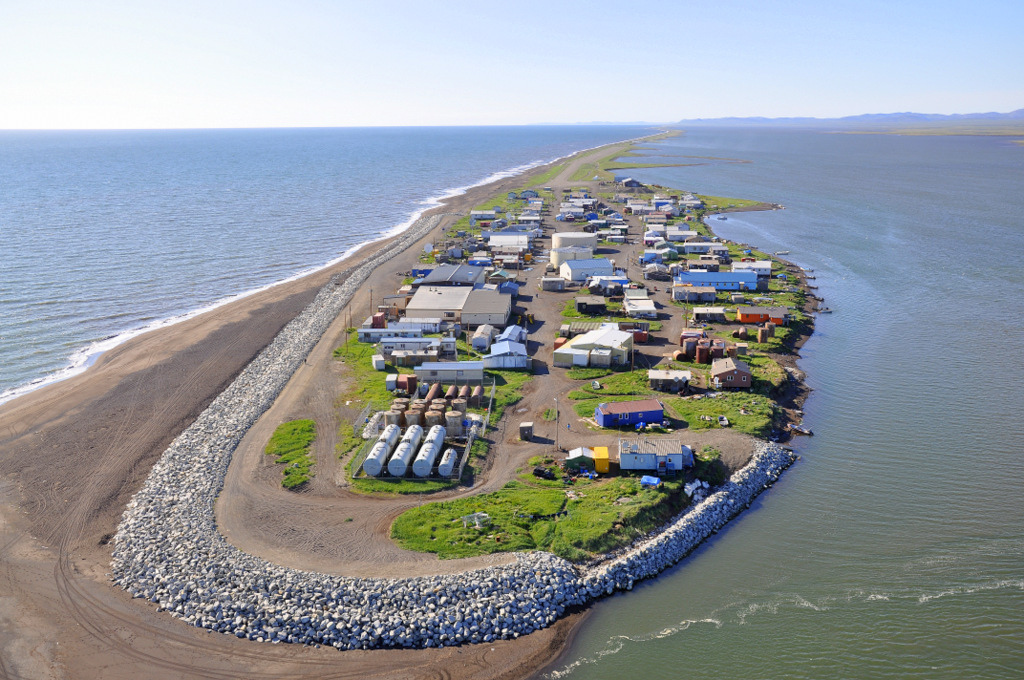 Following the largest climate march in world history in New York City and in other cities around the globe last month, communities are calling more loudly than ever for robust responses to the climate crisis. Yet world leaders do not appear poised to rein in the fossil fuel industry. It is time to build on renewed global enthusiasm for action by exploring innovative, empowering ways to pursue that most fundamental of environmental policy principles: making the polluter pay.

Climate risk bonds are tools national, state, and local governments can use to do exactly that, by internalizing the social costs of carbon emissions at the point of extraction. In a new report for our organization, the Center for Sustainable Economy, prepared in collaboration with Cook Inletkeeper in Alaska, we examine how these tools can make a crucial contribution to the climate fight.

Bonding requirements for risky industries are nothing new—they already exist to cover public financial costs that may arise when corporations abandon their infrastructure before dismantling it, or experience catastrophic industrial accidents that decimate local communities. Climate change is arguably the greatest of all public financial risks, with damages now measuring in the trillions of dollars. The International Energy Agency tells us two-thirds of all proven fossil fuel reserves must remain in the ground if we are to avoid a rise in planetary temperatures over 2 degrees Celsius. Yet the financial mechanisms are still not in place to make this message felt by the fossil fuel industry.

Environmental justice demands that the people who are already being hit hardest by the costs of climate change, in both the global North and South, be compensated for the damages they are suffering. Climate risk bonds can be used not only to send an appropriate market signal to the fossil fuel industry, but also to help provide the financial resources that governments at every level need to pay for the costs of adaptation and climate disaster response.

Our paper starts small, with a case study of Alaska, where Native peoples are suffering enormous costs, right now, uncompensated, due to climate change. But this concept can be acted on in every local, state, or provincial jurisdiction in the country and the world, without the need for approval from a recalcitrant or corrupt national government.

Briefly, here’s how the process could work. Before any new oil, gas, or coal projects are approved, fossil fuel companies should be required to post climate risk bonds, which can be set at an amount determined by the life cycle emissions of any new well or mine together with the social cost of carbon.

An additional environmental bond could be imposed for, say, water contamination or earthquake damages, a risk of oil or gas “fracking” now being borne by the host communities. This bond would be structured in a parallel way: Require the company to pay, up front, for the anticipated property damages, just as they would for the costs of climate havoc. Should no damages take place during the period of extraction, the company would be eligible for a reimbursement of the posted bond.

If the concept of climate risk bonds were to gain traction at the national and international level, the policy could either supplement a progressive carbon tax, or be pursued entirely independently—and the funds could be used to address the many damages caused by fossil fuel companies globally now being borne by all of us.

But it is also a tool we can use, right now, in our communities, to begin to level the playing field in favor of clean energy and speed the transition to a just and sustainable economic paradigm, while sending a clear market signal that says, “The polluter must pay and pay up-front.”

Dr. John Talberth is President and Senior Economist and Daphne Wysham is Climate Policy Fellow at the Center for Sustainable Economy, an environmental economics think tank with offices in Washington DC, Santa FE, NM, and Portland, OR.

Photograph by the Alaska ShoreZone Project.