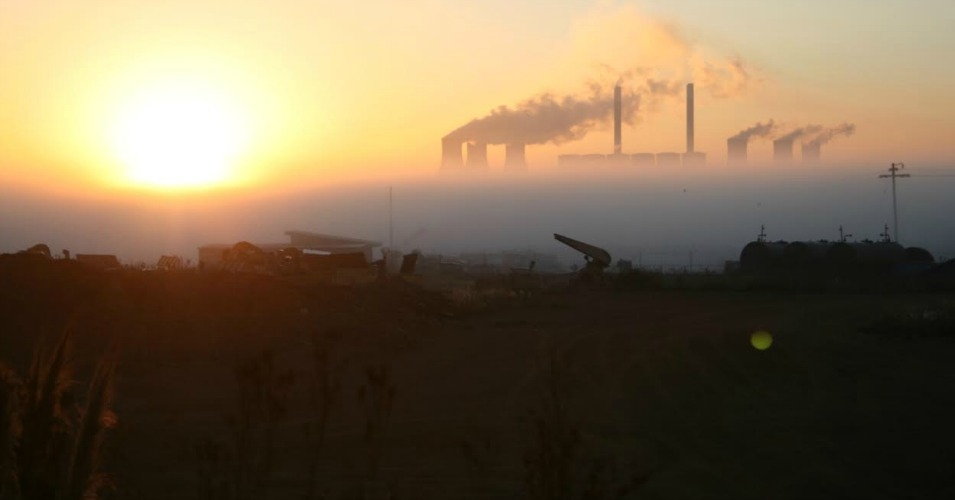 This post was written by Jagoda Munic, Chairperson of Friends of the Earth International, and originally appeared at Common Dreams on November 28.

LIMA, PERU – In November, the world’s top climate scientists issued their latest warning that the climate crisis is rapidly worsening on a number of fronts, and that we must stop our climate-polluting way of producing energy if we are to stand a chance of avoiding the worst impacts of climate change.

Science says that the risk of runaway climate change draws ever closer. Indeed, we are already witnessing the consequences of climate change: more frequent floods, storms, droughts and rising seas are already causing devastation. Around the world people and communities are paying the cost of our governments’ continued inaction with their livelihoods and lives and this trend is likely to increase significantly in the future.

The fact is, our current energy system—the way we produce, distribute and consume energy—is unsustainable, unjust and harming communities, workers, the environment and the climate. Emissions from energy are a key driver of climate change and the system is failing to provide for the basic energy needs of billions of people in the global South.

The world’s main sources of energy like oil, gas and coal are devastating communities, their land, their air and their water. And so are other energy sources like nuclear power, industrial agrofuels and biomass, mega-dams and waste-to-energy incineration. None of these destructive energy sources have a role in our energy future.

There are real solutions to the climate crisis. They include stopping fossil fuels, building sustainable, community-based energy systems, steep reductions in carbon emissions, transforming our food systems, and stopping deforestation.

Surely, a climate-safe, sustainable energy system which meets the basic energy needs of everyone and respects the rights and different ways of life of communities around the world is possible: An energy system where energy production and use support a safe and clean environment, and healthy, thriving local economies that provide safe, decent and secure jobs and livelihoods. Such an energy system would be based on democracy and respect for human rights.

To make this happen we urgently need to invest in locally-appropriate, climate-safe, affordable and low impact energy for all, and reduce energy dependence so that people don’t need much energy to meet their basic needs and live a good life.

We also need to end new destructive energy projects and phase out existing destructive energy sources and we need to tackle the trade and investment rules that prioritize corporations’ needs over those of people and the environment.

So the goals are set, and it is time to act immediately towards a transition period in which the rights of affected communities and workers are respected and their needs provided for during the transition.

So how are our governments tackling the issue? In the 20 years of the UN negotiations on climate change, we haven’t stopped climate change, nor even slowed it down. Proposals on the table, negotiated by our governments, now are mostly empty false solutions, including expanded carbon markets, and a risky method called REDD (Reducing Emissions from Deforestation and forest Degradation), which will not prevent climate change, and will impact and endanger poor and indigenous communities while earning money for big corporations.

Our governments’ inaction is obvious: they have failed to create a strong and equitable climate agreement at the UN for 20 years and their baby steps in Lima do not take us in the right direction. The reason is that, unfortunately, the UN climate negotiations are massively compromised because the corporate polluters who fund and create dirty energy are in the negotiating halls and have our governments in their pockets.

Major corporations and polluters are lobbying to undermine the chances of achieving climate justice via the UNFCCC. Much of this influence is exerted in the member states before governments come to the climate negotiations, but the negotiations are also attended by hundreds of lobbyists from the corporate sector trying to ensure that any agreement promotes the interests of big business before people’s interests and climate justice. If we want any concrete agreement that would ensure the stopping of climate change for the benefit of all, we must stop the corporate takeover of UN climate negotiations by those corporate polluters.

There is also an issue of historic responsibility. The world’s richest, developed countries are responsible for the majority of historical carbon emissions, while hosting only 15% of the world’s population. They emitted the biggest share of the greenhouse gases present in the atmosphere today, way more than their fair share. They must urgently make the deepest emission cuts and provide the most money if countries are to fairly share the responsibility of preventing catastrophic climate change.

Of course, tackling climate change and avoiding catastrophic climate change necessitates action by all countries. But the responsibility of countries to take action must reflect their historical responsibility for creating the problem and their capacity to act. While the emissions of industrializing countries like China, India, South Africa and Brazil are rapidly increasing, these nations made a much smaller contribution to the climate problem overall than the rich developed countries, and their per capita emissions are still much lower.

Industrialized countries’ governments are neglecting their responsibility to prevent climate catastrophe and their positions at global climate talks are increasingly driven by the narrow economic and financial interests of wealthy elites and multinational corporations. These interests, tied to the economic sectors responsible for pollution or profiting from false solutions to the climate crisis like carbon trading and fossil fuels, are the key forces behind global inaction.

This year in Lima there are big plans to expand carbon markets. Friends of the Earth International argues that carbon markets are a false solution to climate change that let rich countries off the hook and do not address the climate crisis. Expanding carbon markets will make climate change worse and cause further harm to people around the world while bringing huge profits to polluters. The UN climate talks are supposed to be making progress on implementing the agreement that world governments made in 1992 to stop man-made and dangerous climate change. The agreement recognizes that rich countries have done the most to cause the problem of climate change and should take the lead in solving it, as well as provide funds to poorer countries as repayment of their climate debt.

But developed countries’ governments have done very little to deliver on these commitments and time is running out. What’s more, rich countries continue to further diminish their responsibilities to tackle climate change and dismantle the whole framework for binding reductions of greenhouse gases, without which we have no chance of avoiding catastrophic climate change.

What needs to happen in the climate talks?

Within the UN, rich developed countries must meet their historical responsibility by committing to urgent and deep emissions cuts in line with science and justice and without false solutions such as carbon trading, offsetting and other loopholes.

They must also repay their climate debt to poorer countries in the developing world so that they too can tackle climate change. This means transferring adequate public finance and technology to developing countries so that they too can build low-carbon and truly sustainable economies, adapt to climate change and receive compensation for irreparable loss and damage. This will help ensure a safe climate, more secure livelihoods, more jobs, and clean affordable energy for all.

For now, the UN talks are still heading in the wrong direction, with weak non-binding pledges and insufficient finance from developed countries, and huge reliance on false solutions like carbon trading and REDD. Unfortunately, if the UN climate negotiations continue in the same manner, any deal on the table at the UN climate negotiations in Paris next year will fall far short of what is required by science and climate justice. To achieve a binding and justice-based agreement based on the cuts needed, as science tells us, our governments must listen to those impacted by climate change, not to corporations, which, by definition aim at more profits, not a safer climate.

Preventing the climate crisis and the potential collapse of life-supporting ecosystems on a global level, requires long-term thinking, brave leaders and a mass movement. We have to challenge the corporate influence over our governments and exert real democratic control over the energy transition so that the needs and interests of people and the planet take priority over private profit. And at the heart of this movement we need climate justice—action on climate change that is radical, that challenges the system that has led to the climate catastrophe, and that fights for fair solutions that will benefit all people, not just the few.

It is already happening. In September we saw massive mobilizations around the world, with hundreds of thousands of people marching and actions across every continent, including 400,000 people on the streets of New York. And at the latest UN talks in Lima, we see people from all walks of life—indigenous people, social movements, youth, farmers, women’s movements—from across Peru, Latin America, and around the world joining together in the People’s Summit to collectively articulate the peoples’ demands and the peoples’ solutions to climate change.

But we need to grow much bigger and much stronger. We are calling on people to join the global movement for climate justice, which is gaining power and integrating actions at local, national and UN level. The solution to the climate crisis is achievable and it is in our hands.

Photograph by Megan Lewis/Friends of the Earth South Africa/groundWork. It depicts a coal-fired power plant in Kriel, Mpumalanga, South Africa, where local residents are subjected to heavy air pollution.