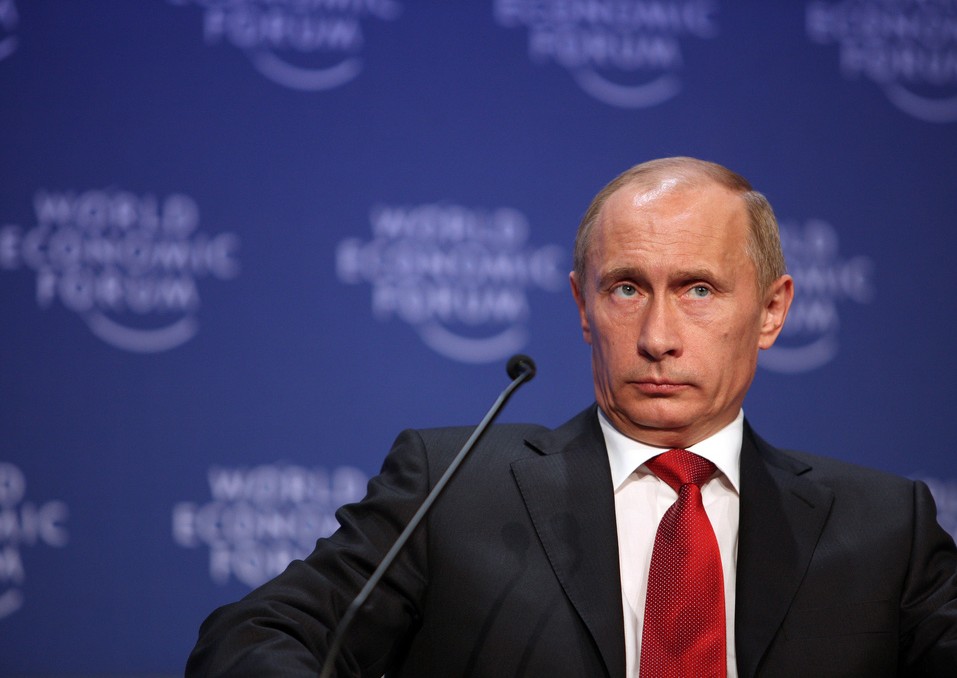 “It is reasonable to assume,” Texas Railroad Commissioner David Porter wrote, “that their intention is to increase their market share of natural gas production and distribution as Russia is the second largest producer of natural gas in the world.”

This move by Texas coincides with the lead up to an Election Day referendum on the state’s first proposed city-wide fracking ban, to be held in the city of Denton on November 4. But this particular move by Texas to discredit activists is not a new one. In fact, it highlights one way climate campaigners have previously been tracked and monitored by intelligence agencies, public relations firms, and their powerful clients to create “actionable intelligence.” That is, information that could help undermine and eventually defeat social movements.

The letter was publicized in a press release headlined, “Porter Exposes Putin Plot to Hurt Texas Economy.” It offers no direct proof to back up the Putin claims, only citing “multiple reports” linking Russia’s massive state-owned natural gas company Gazprom to public relations and lobbying firms, such as industry giant Ketchum.

Kerry has not yet responded publicly to the letter. And Carlos Espinosa, the Texas Railroad Commission’s director of special projects, admitted in emails obtained under the Texas Public Information Act that there was no actual paper trail corroborating the Putin story, only claims from others in the news.

“Our information is based off of reports from the New York Times, CNN, National Review, and many others, including a former American Ambassador to Russia,” Espinosa wrote in response to a reporter’s query. “Gazprom is spending tens of millions of dollars — that we know of — to eliminate competition globally. It’s likely they’ve influenced much of the overall anti-hydraulic fracturing movement’s message.”

Texas’ economic interest in developing its natural gas resources and the state’s long history of working hand-in-hand with the energy industry may explain its effort to discredit the anti-fracking movement. In his letter, Porter insists that the U.S. government must protect the “vitality of the industry that produces these resources and paves the way for American energy independence.”

This cozy relationship between the industry and its regulatory agency does not go unnoticed by activists.

“The RRC is not a regulator, but a facilitator of industry’s wishes,” Will Wooten, a Denton, Texas-based anti-fracking activist who has also been involved in the Tar Sands Blockade, said in an email. “Whether approving the eminent domain process for pipelines like the Keystone XL, or allowing fracking to expand in urban areas with no real regulations in place, the RRC is there to make sure industry gets what it wants.”

The Texas Railroad Commission did not respond to multiple requests for comment for this article.

The Putin tactic may have originated with Austin, Texas-based private intelligence firm Stratfor. When the U.S. anti-fracking movement began to gain steam in 2010, Stratfor began monitoring the activities of anti-fracking activists. It did so on behalf of its “biggest client,” the American Petroleum Institute.

In a June 2010 email obtained by Wikileaks from the now-imprisoned Anonymous “hactivist” Jeremy Hammond, Stratfor senior Eurasia analyst Lauren Goodrich made a now-familiar accusatory overture: U.S.-based anti-fracking organizations — and in particular, Gasland director and producer Josh Fox — might be tied to Putin.

“[Fox] said his film was paid for by HBO,” wrote Goodrich. “However, I would be interested to see who else funded this documentary (ie Coal or Russia, etc.).”

Personnel records obtained via the Public Information Act show that the Texas RRC hired Espinosa in August, about a month before the release of the Porter letter. Espinosa formerly worked as a senior counselor at the public relations firm Dezenhall Resources. Importantly, Espinosa gave final guidance to “tee up” Porter’s letter for dissemination to the press.

In practice, that meant not only open-source snooping on the Web, but also “pilfering documents from trash bins, attempting to plant undercover operatives within groups, casing offices, collecting phone records of activists, and penetrating confidential meetings,” according to a 2008 Mother Jones investigation.

Greenpeace filed a lawsuit in 2010 against both BBI and Dezenhall, which was dismissed upon appeal in August.

In the world of corporate public relations, firms like Dezenhall and Stratfor provide what Judith Richter, author of the book Holding Corporations Accountable: Corporate Conduct, International Codes and Citizen Action, points to as a key public relations technique: “environmental monitoring.”

The practice amounts to an “early warning system that helps PR managers to locate the smoke and take action before a major fire develops,” Richter wrote in her book. “As a result of such information-gathering, public relations firms have [developed] data banks on activist and other relevant groups and organizations.”

It’s no coincidence, then, that such tactics are now being deployed in Texas and beyond, working their way all the way up to the Secretary General of the North Atlantic Treaty Organization (NATO).

Barry Smitherman, another Texas Railroad Commissioner, cited these claims made by the NATO Secretary General in a July 11 letter to Denton Mayor Chris Watts. In so doing, Smitherman hinted that those pushing for the city-wide fracking ban in Denton, Texas might be funded by Moscow.

“It would therefore appear that not all efforts to ban hydraulic fracturing are grounded in environmental concerns,” wrote Smitherman. “With this in mind, I trust you will all will determine whether funding and manpower behind this effort to ban hydraulic fracturing in Denton is coming from out of state sources or from those who would profit from the imposition of such a ban.”

As Denton narrows in on its vote on the would-be historic fracking ban, powerful industry players have spent big money to defeat the measure. Citizens on the ground in Denton recently told the Dallas Observer that the Putin talking point has woven its way into the door-to-door canvassing operations of those volunteering to get out the vote in support of striking down the fracking ban proposal.

But Wooten, the anti-fracking activist, dismisses the Putin claims.

“While the [Russia] meme may be effective for [industry] on a national and international level, on a local level in Denton it just sounds out-of-touch with the issue at hand and borderline wingnut,” he said. “These tactics are hurting their support among Dentonites, not helping.”

Steve Horn is a Madison, WI-based staff writer for DeSmogBlog and a freelance investigative journalist. His writing has appeared in Al Jazeera America, VICE News, The Guardian, The Nation, Wisconsin Watch, Truth-Out, AlterNet and elsewhere. Alexandra Tempus is an independent journalist and was a lead researcher on This Changes Everything. She is also a researcher at Rolling Stone and has written on climate and politics for VICE News, Mic, the Associated Press and The Nation.

Photograph by the World Economic Forum.